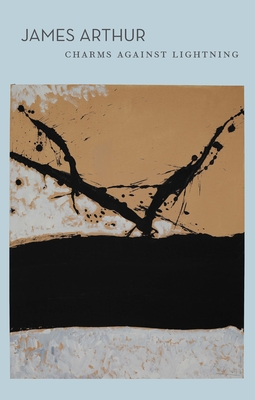 That feeling of becoming a new person in a different place, even if it's an illusion, is intoxicating to me, and always has been. I love writing about places, but only places where I don't belong.--James Arthur

Awakening is the theme of this fiery debut about the ghost world of shadows and personae. A sense of history, politics, and place is an integrated and integral part of the whole, alive with stirring accounts of travel, intimate moments of solitude, and encounters with the ineffable. Romantic in spirit and contemporary in outlook, James Arthur writes exciting, rhythmical, elastic poems.

Against meningitis and poisoned milk,
flash floods and heartwreck, against daydreams
Against losing your fingers, drinking detergent,
earthquakes, baldness, divorce, against
falling in love with a child
Against lupus and lawsuits, lying stranded between nations,
against secrets and frostbite, the burring of trains
that never arrive
Against songlessness, your mother's depression,
the death of the cedars, Siberian crane
Against these talismans against lightning;
the shutters swing, and clack their yellow teeth;
the deep sky welters and the windows quiver


James Arthur's poems have appeared in The New Yorker, The New Republic, Poetry, and Narrative. Born in New Haven, Connecticut, and raised in Toronto, Ontario, he earned degrees from the University of Toronto, the University of New Brunswick, and the University of Washington. He is a recent recipient of the Hodder Fellowship from Princeton University and lives in Princeton, New Jersey.

James Arthur: James Arthur's poems have appeared in The New Yorker, The New Republic, Poetry, Ploughshares, The Southern Review, and Narrative, among others. Born in New Haven, Connecticut, and raised in Toronto, Canada, he received a BA from Trinity College, University of Toronto, an MA from the University of New Brunswick, and an MFA in Creative Writing from the University of Washington. He lives in Princeton, New Jersey.
Loading...
or support indie stores by buying on