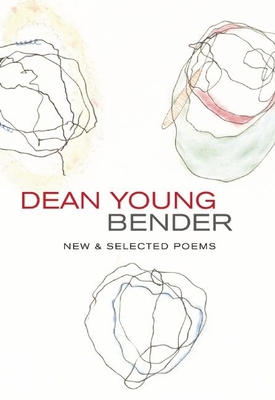 Young's Bender is a book of survival and strength, of seeing even in the smallest things the heights of what we can be. That's as good a definition of contemporary poetry as any.--NPR

This book reads like a long, breathless thank you for life's seemingly random jumble of beauty, strangeness, tenderness, and joy.--Los Angeles Times

The reader's mind shoots through Young's poems] like the steel ball in a pinball machine, dinging around, racking up points. Dean's poems are amazingly fun.--BOMB

I love you for shattering.
Someone has to. Just as someone
has to announce inadvertently
the end of grief or spring's
splurge even as the bureaucrat's
spittoon overflows. Someone has to come out
the other end of the labyrinth
saying, What's the big deal?
Someone has to spend all day staring
at the data from outer space
or separating the receipts
or changing the sheets in sour room after room.
I like it when the end of the toilet paper
is folded into a point.
I like napkins folded into swans
because I like wiping my mouth on swans...

Dean Young has published twelve books of poetry, including finalists for the Pulitzer Prize and Griffin Award. He teaches at the University of Texas and lives in Austin.

Dean Young: Dean Young has published ten books of poetry, including finalists for the Pulitzer Prize and Griffin Award. He has received fellowships from the Guggenheim Foundation and the NEA, as well as an Academy Award in Literature from the American Academy of Arts and Letters. He is the William Livingston Chair of Poetry at the University of Texas.
Loading...
or support indie stores by buying on