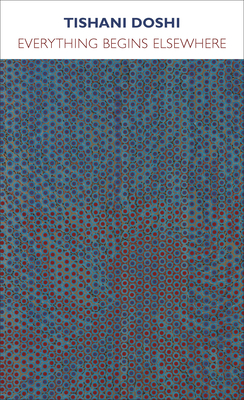 Free of the habitual lyricism of Indian writers, Doshi's] work is austere and beautiful. Her refreshing muscularity gives her a distinct voice, both as a woman and an Indian.--The London Times

A work of a striking, emerging talent, who is prepared to take risks in pursuit of sensual, emotionally engaged and passionate poetry.--Judge's citation, Forward Prize

In her second book of poetry--and her American debut--Tishani Doshi returns to the body as a central theme, while extending beyond the corporeal to challenge the more metaphysical borders of space and time. These new poems are powerful meditations born on the joineries of life and death, union and separation, memory and dream, where lovers speak to each other across the centuries and daughters wander into their mothers' childhoods.

After the rains
the temple flowers
lie like fallen soldiers--
dirtied and bloodied pink.
I want to get down
on bended knee,
gather each broken petal
to my chest.
Out there--
where the river meets
the ocean's mouth,
it would be called
the kiss of life,
a resuscitation.
But here
with the world washed clean,
it is nothing but a trampling.


Tishani Doshi is an award-winning poet, journalist, and dancer. She has written for newspapers such as the Guardian, International Herald Tribune, The Hindu Times, and the Financial Times. Her first novel, The Pleasure Seekers (Bloomsbury, 2010), has been translated into several languages. She lives in Chennai (Madras), India.

Tishani Doshi: Tishani Doshi is an award-winning poet, novelist, journalist, and dancer of Welsh-Gujarati descent. She was born in Madras, India, in 1975. She received her masters in writing from the Johns Hopkins University and worked in London in advertising before returning to India in 2001 to work with the choreographer Chandralekha, with whom she performed on many international stages. She has written for newspapers such as the Guardian, International Herald Tribune, The Hindu Times and the Financial Times. Her debut collection of poetry, Countries of the Body (Aark Arts), won the ForeWord Prize for Best First Collection. Her first novel, The Pleasure Seekers (Bloomsbury, 2010), was longlisted for the Orange Prize and shortlisted for the Hindu Fiction Award, and has been translated into several languages. She lives in Madras.
Loading...
or support indie stores by buying on