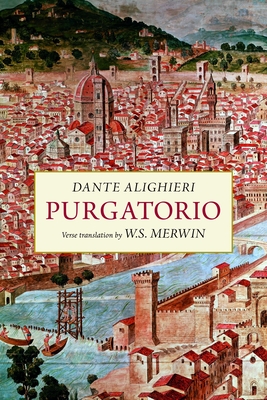 "Were Merwin not one of America's most admired poets, he would still be as famous as translators get." --Publishers Weekly (starred review)

"In the foreword to his new translation of Purgatorio], Merwin . . . writes feelingly of his 30-year obsession with the poem. And indeed, the flaws as well as the virtues of his new rendering may be said to stem from a profound reverence for the original." --The New York Times

W.S. Merwin's rendition of the Purgatorio is considered a pinnacle and highlight from a prolific and celebrated career in poetry and translation. The most neglected and arguably the most rewarding book of Dante's Divine Comedy, Purgatorio finds Dante undertaking the arduous journey of scaling the terraces of Mount Purgatory. Presented in a bilingual edition with the translator's notes and commentary, Merwin's interpretation of Dante's great poem of sin, repentance, and salvation is a profoundly moving work of art and a luminous translation for our time. When asked why he translated this book, as opposed to the Inferno or Paradiso, Merwin responded, "The Purgatorio is more like life."

And I went on, lighter than I had been
at the other passageways, so that without
effort I climbed after the swift spirits,
when Virgil began, "Love that is set alight
by virtue always sets alight another
if only its flame can be seen shining out

W.S. Merwin is one of America's greatest poets and translators. He won the Pulitzer Prize twice, most recently for The Shadow of Sirius. He lives in Hawaii, where the Governor declared Merwin's birthday--September 30--"W.S. Merwin Day."

W. S. Merwin has authored dozens of books of poetry, prose, and works in translation. A beloved voice in American literature with steadfast commitments to environmentalist and anti-imperialist causes, Merwin is a former U.S. Poet Laureate and two-time winner of the Pulitzer Prize for The Carrier of Ladders (1971) and The Shadow of Sirius (2009). His most recent volume is Garden Time (2016). Merwin has lived in Hawaii since 1976, where he and his wife restored the barren land of a former pineapple plantation into a haven for endangered palm species. In 2010, The Merwin Conservancy was founded to preserve Merwin's literary legacy, home, and palm forest and to serve as a retreat and study for the arts, environmental advocacy, and community education. Merwin has been recognized and awarded numerous prizes throughout his career, including fellowships from the Academy of American Poets, Guggenheim Foundation, and National Endowment for the Arts.
Loading...
or support indie stores by buying on