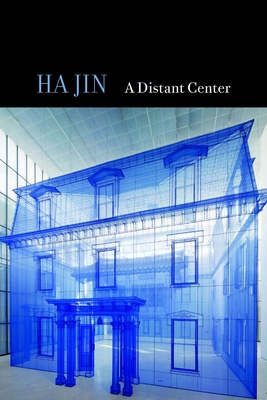 In the bold tradition of the "Misty Poets," Ha Jin confronts China's fraught political history while paying tribute to its rich culture and landscape. The poems of A Distant Center speak in a voice that is steady and direct, balancing contemplative longing with sober warnings from a writer who has confronted the traumas of censorship and state violence. With unadorned language and epigrammatic wit, Jin conjures scenes that encompass the personal, historical, romantic, and environmental, interrogating conceptions of foreignness and national identity as they appear and seep into everyday interactions and being. These are poems that offer solace in times of political reaction and uncertainty. Jin's voice is wise, comforting, and imploring; his words are necessary and his lessons are invaluable. Question your place in the world--do not be complacent--look for strength and hope in every nook: "Keep in mind the meaning of / your existence: wherever you land, / your footprints will become milestones.

Ha Jin was born in Liaoning Province, China and grew up during the Cultural Revolution of the '60s and '70s while serving in the People's Liberation Army. He left the army at age 19 to study English and earned an M.A. at Shandong University before traveling to the United States for his Ph.D. at Brandeis University. Electing to remain in the U.S. after the massacre of students at Tiananmen Square in 1989, Jin has since published eight novels, four short story collections, three poetry collections, and a book of essays on the language and literature of migration. He has twice received the PEN/Faulkner Award, for War Trash (2004) and for Waiting (1999), which also won the National Book Award. A leading voice in Asian-American literature and one of the so-called of "Misty Poets," Jin now serves as Director of the Creative Writing Program at Boston University.
Loading...
or support indie stores by buying on