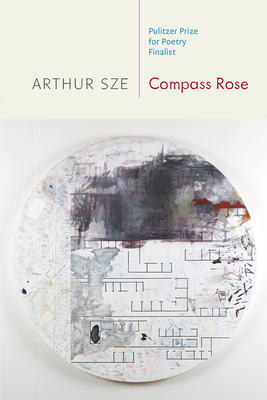 Compass Rose is] a collection in which the poet uses capacious intelligence and lyrical power to offer a dazzling picture of our inter-connected world.--Pulitzer Prize finalist announcement

A child playing a game, tea leaves resting in a bowl, an abandoned dog, a foot sticking out from a funeral pyre, an Afghan farmer pausing as mortars fire at the enemy: in Arthur Sze's tenth book, the world spins on many points of reference, unfolding with full sensuous detail.

Arthur Sze has published eight books of original poetry, including The Ginkgo Light (2009), Quipu (2005), and The Redshifting Web, as well as one book of Chinese poetry translations, The Silk Dragon (2001). The Ginkgo Light was selected for the PEN Southwest Book Award and the Mountains & Plains Independent Booksellers Association Book Award. He is the recipient of many honors, including a Guggenheim Fellowship, two National Endowment for the Arts Creative Writing fellowships, a Howard Foundation fellowship, and grants from the Witter Bynner Foundation for Poetry. His poems have been translated into a dozen languages, including Chinese, Dutch, and Spanish. A second-generation Chinese American, Sze was born in New York City and currently resides in Sante Fe, New Mexico. He was the first poet laureate of Sante Fe (2006-2008) and is currently a professor emeritus at the Institute of American Indian Arts. In 2012, he joined the Board of Chancellors at the Academy of American Poets.
Loading...
or support indie stores by buying on