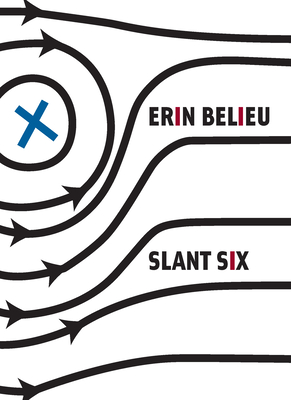 Honored as a "Standout Book of 2014" --American Poet magazine

"Belieu oscillates between dark humor, self-consciousness, and pointed satire in a fourth collection that's equal-opportunity in its critique. In the world of these poems, no one is innocent; everyone is confined to the complexity, absurdity, and, above all, fallibility of their human condition.... Anchoring the work is a conversational, lyrical speaker willing to implicate herself as part of the political and social constructs she criticizes, as when she depicts a Southern American culture still reeling from its history of social injustice, and even the Civil War: "Don't tell us/ history. Nobody hearts a cemetery/ like we do." It's a fantastic collection; Belieu desires not to dress issues up but confront them."--Publishers Weekly, starred review

"A smart and nettling book of poems -- about love, sex, social class and our free-floating anxieties -- from a writer who is a comedian of the human spirit. Her crisp free verse has as many subcurrents as a magnetic field."--Dwight Garner, The New York Times

"Politics, pop culture, and parenthood appear here along with reflections on our collective moments of hypocrisy and hope. '12-Step, ' one of the most resonant entries, begins innocuously with a meditation about lighthouses, then the speaker gathers speed and confidence and reaches a risky but profound one-word stanza--'myself'--before ending with a haunting inversion of the Serenity Prayer used by Alcoholics Anonymous. Amid the quips and the elegant observations about immortality, Belieu's speakers never forget their responsibilities, or their possibilities." --Booklist

"From poem to poem in the smart, savvy Slant Six, Belieu channels an updated American idiom, one of stubborn in-betweenhood. Like the plain-spoken poetry that plumbed the depths of American consciousness in the 20th century, Belieu trawls the shallows of today's America and finds just as much caught in its oily reflections as in its murkier subcurrents. It's ' b]etter, ' she suggests, 'to forget perfection.'" --The Boston Globe

"I've never read a poem by Erin Belieu that I didn't want to immediately rip from its bindings so I could fold it up and carry around in my pockets and read so many times that the paper turned back into pulp. She's just that good. That honest and brave and beautiful and wise and funny. She writes poems we need. Poems that say who I am and who you are and how and why we got to be this way. Poems that wonder if we can ever change. Poems that know us and show us and grace us. Poems that remember us and forget us and leave us dazzled in their dust. In Slant Six, she's outdone herself. It's a spellbinding, heart-opening beauty of a book." --Cheryl Strayed

"Erin Belieu . . . is always ready to surprise, to astonish, and, ultimately, to defy comparison."--Boston Book Review

Erin Belieu's fourth collection, Slant Six, is an inundation of the humor and horror in contemporary American life--from the last saltine cracked in the sleeve, to the kitty-cat calendar in an office cubicle. With its prophecies of impending destruction, and a simultaneous flood of respect for Americans, Erin Belieu's poems close like Ziploc bags around a human heart.

I am considering
lighthouses

in a completely new light--

their butch neutrality, their grand
but modest surfaces.

A lighthouse could appear
here at any moment.

I have been making this effort,
placing myself in uncomfortable positions,

only for the documented health benefits . . .

Erin Belieu: Erin Belieu was born and raised in Nebraska and educated at the University of Nebraska, Ohio State University, and Boston University. She is the author Infanta, winner of the National Poetry Series in 1994, One Above & One Below, winner of the Midlands Poetry Prize and Ohioana Poetry Award, and Black Box, a Los Angeles Times Book Prize finalist, all of which were published by Copper Canyon. Her poems have appeared in places such as Best American Poetry, The New York Times, and Atlantic Monthly, . Belieu co-founded VIDA: Women in Literary Arts with poet Cate Marvin. She currently directs the Creative Writing Program at Florida State University and is the Artistic Director at Port Townsend Writers' Conference.
Loading...
or
Not Currently Available for Direct Purchase