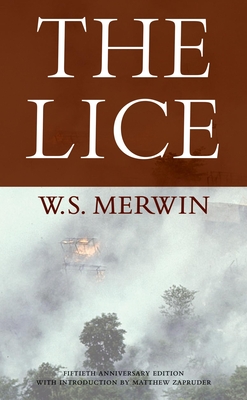 This Fiftieth Anniversary edition celebrates one of the most ground-breaking books in American poetry. When first published in 1967, W.S. Merwin's The Lice was ground-breaking. Its visionary urgency directly engaged the nexus of aesthetics and morality, exerting an immediate and lasting effect on the writing and reading of poetry. Like all great art, this monumental work continues to inspire.

As Merwin discussed in an interview, "The Lice was written at a time when I really felt there was no point in writing. I got to the point where I thought the future was so bleak that there was no point in writing anything at all. And so the poems kind of pushed their way upon me. I would be out growing vegetables and walking around the countryside when all of a sudden I'd find myself writing a poem, and I'd write it."

When the War is Over

W.S. Merwin is one of America's greatest poets. His recent books of poems have been honored with a Pulitzer prize, a National Book Award, and the Bobbitt Prize from the Library of Congress. He lives in Hawaii.

W. S. Merwin: W.S. Merwin served as Poet Laureate of the United States and has received every major literary accolade, including two Pulitzer prizes, most recently for The Shadow of Sirius (Copper Canyon) and the National Book Award for Migration: New and Selected Poems (Copper Canyon).
Loading...
or support indie stores by buying on