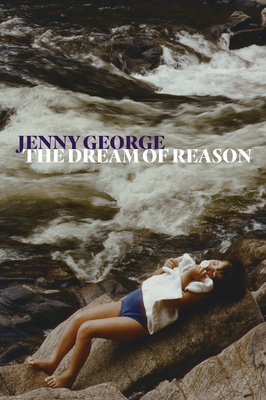 The Dream of Reason

Jenny George's debut showcases an astonishing poetic talent, a new voice that is intensely focused, patient, and empathic. The Dream of Reason explores the paradoxical relationships between humans and the animals we imagine, keep, fear, and consume. Titled after Goya's grotesque bestiary, George's own dreamscape is populated by purring moths, bats that crawl like goblins, and livestock--especially pigs, whose spirit and slaughter inform a central series of portraits. The poems invite moments of stark realism into a spacious, lucid realm just outside of time--finding revelation in stillness, intimacy in violence, and vision in language that lifts from the dark.


Jenny George lives in Santa Fe, New Mexico, where she runs a foundation for Buddhist-based social justice. She holds an MFA from the Iowa Writers' Workshop.

The recipient of a 2015 "Discovery" / Boston Review Poetry Prize, Jenny George lives in Santa Fe, NM, where she has served as program coordinator since 2010 for Hidden Leaf, a Buddhist-based social justice foundation. Her poems have appeared in Beloit Poetry Journal, Ploughshares, Narrative, Cimarron Review, The Collagist, Crab Orchard Review, FIELD, Inch, Indiana Review, and Shenandoah. She is the recipient of fellowships from the Dorothy Sargent Rosenberg Fund, the Bread Loaf Writers' Conference, the MacDowell Colony, and Yaddo Corporation. She holds a B.A. in Human Ecology and an MFA from the Iowa Writers' Workshop.
Loading...
or
Not Currently Available for Direct Purchase