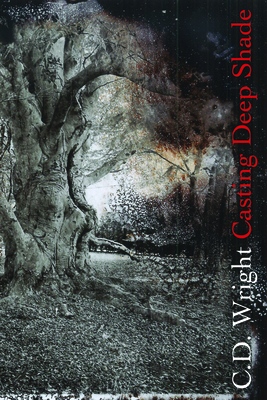 "C.D. Wright belongs to a school of exactly one." --The New York Times

"C.D. Wright has been writing some of the greatest poetry-cum-prose you can find in American literature." --Dave Eggers

Casting Deep Shade is a passionate, poetic exploration of humanity's shared history with the beech tree. Before Wright's unexpected death in 2016, she was deeply engaged in years of ambling research to better know this tree--she visited hundreds of beech trees, interviewed arborists, and delved into the etymology, folk lore, and American history of the species. Written in Wright's singular prosimetric style, this "memoir with beech trees" demonstrates the power of words to conserve, preserve, and bear witness.

Honoring Wright's lifelong fascination with books as objects, this final work is a three-panel hardcover that encloses the body of text, illustrated with striking color photographs of beech trees by artist Denny Moers.

George and Nannette Herrick allowed me to watch their best-loved beech be brought to the ground. Mrs. Herrick said her grandson was going to be so mad when he came to town to find his favorite climber gone. Mrs. Herrick wanted the tree cut to the grass. She did not want the stump to linger as a reminder.

Born in the Ozark Mountains of Arkansas, C. D. Wright has received numerous honors for her poetry, including the National Book Critics Circle Award. Wright taught at Brown University for over thirty years.

Born in the Ozark Mountains of Arkansas, C.D. Wright has received numerous honors for her fifteen-plus collections of poetry, including the National Book Critics Circle Award (2010). Wright taught at Brown University for over thirty years until she passed away in 2016.
Loading...
or support indie stores by buying on