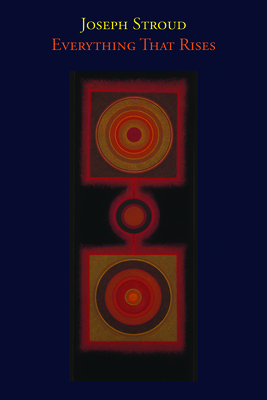 Everything That Rises (Paperback)

The poems in Joseph Stroud's sixth book, Everything That Rises, explore living in a mortal world, the passage of time, aging, the experience of loss, the power of memory, and the redemptive possibilities of poetry. The book is sequenced into six sections, each distinctive in theme and style. It includes a variety of forms, from six-line lyrics, prose poems, slender vertical poems, odes, homages, reveries, and longer narrative, ruminative works. One section presents translations from Virgil, Catullus, Tu Fu, Pablo Neruda, and poems from the ancient Sanskrit and Tamil. Wide-ranging in subject, setting, and literary and cultural allusion, Stroud's poems move quietly, reverently across the earth and through time with a keen observation and wonder at the world's luminous presence.

Joseph Stroud was born in Glendale, California, 1943. He is the author of five previous books of poetry, most recently Of This World, New & Selected Poems (Copper Canyon) which was selected by the San Francisco Poetry Center as the outstanding book by an American poet for the year 2010. It was also a finalist for the PEN Literary Award USA, the Commonwealth California Book of the Year, and the Northern California Book Award. His other awards include the Witter Bynner Fellowship in Poetry from the Library of Congress and the Lannan Lifetime Achievement Award in Literature. The Latvian composer Eriks Esenvalds set two of Stroud's poems to a choral orchestra that was premiered at Carnegie Hall in 2017. He received his BA and MA at San Francsics State University where he studied with Kenneth Rexroth, Robert Duncan, Jack Gilbert, and John Logan. He taught composition and literature at Cabrillo College for 35 years, and for 10 years hosted a poetry show on KUSP fm radio. He has traveled extensively through Mexico, Central & South America, the Caribbean, South Pacific, Australia, Southeast Asia, India and Nepal, the Mid-East, and Europe. When not traveling he divides his time between a home in Santa Cruz on the Central California coast, a cabin in the Sierra Nevada, and a studio eyrie in Puerto Vallarta, Mexico.
or support indie stores by buying on
Copyright © 2020 American Booksellers Association