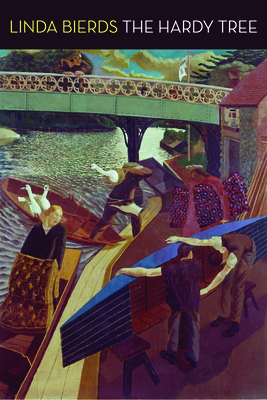 Focusing on figures such as Thomas Hardy, Alan Turing, Virginia Woolf, and the World War One poets, The Hardy Tree examines power, oppression and individual rights in ways that reverberate through our lives today. Uniting these themes is the issue of communication--the various methods and codes we use to reach one another. The book is arranged in four sections. The first visits Vladimir Nabokov as a child with alphabet blocks, Alan Turing at eleven writing home from boarding school with a "pen of his own making," Virginia Woolf as a teenager practicing her penmanship, and Wilfred Owen trying to draw a musical note from a blade of grass on a battlefield on the Somme. The second section focuses more deeply on various types of encoding; the third erases the Magna Carta; the fourth offers a provisional peace. These sections lean against one another the way that history leans upon itself. Backed by Bierds' intensive research and woven with scientific evidence, she pushes us to consider our futures in direct conversation with the past.

Linda Bierds' ninth book of poetry, Roget's Illusion (Putnam's, 2014) was longlisted for the 2014 National Book Award. Her poems have appeared in numerous magazines and anthologies, including The Atlantic, The New Yorker, The Smithsonian, and Poetry. In addition to being awarded a MacArthur Foundation fellowship, Bierds has received the PEN/West Poetry Prize, the Washington State Governor's Writers Award, the Consuelo Ford Award from the Poetry Society of America, and fellowships from the Guggenheim Memorial Foundation, the Rockefeller Foundation, and twice from the National Endowment for the Arts. She is the Grace Pollock Professor of Creative Writing at the University of Washington in Seattle and lives on Bainbridge Island.
Loading...
or support indie stores by buying on