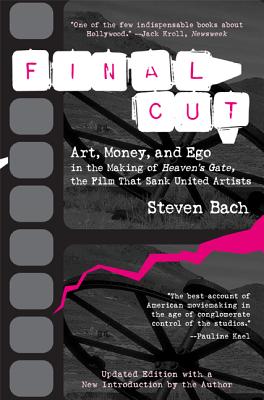 Art, Money, and Ego in the Making of Heaven's Gate, the Film that Sank United Artists

Heaven's Gate is probably the most discussed, least seen film in modern movie history. Its notoriety is so great that its title has become a generic term for disaster, for ego run rampant, for epic mismanagement, for wanton extravagance. It was also the film that brought down one of Hollywood’s major studios—United Artists, the company founded in 1919 by Douglas Fairbanks, Mary Pickford, D. W. Griffith, and Charlie Chaplin. Steven Bach was senior vice president and head of worldwide production for United Artists at the time of the filming of Heaven's Gate, and apart from the director and producer, the only person to witness the film’s evolution from beginning to end. Combining wit, extraordinary anecdotes, and historical perspective, he has produced a landmark book on Hollywood and its people, and in so doing, tells a story of human absurdity that would have made Chaplin proud.

Steven Bach has been associated with the motion pictures Sleuth, The Parallax View, The Taking of Pelham One Two Three, and The French Lieutenant's Woman, in addition to Heaven's Gate. He also taught film at Columbia University. Bach passed away in March 2009.