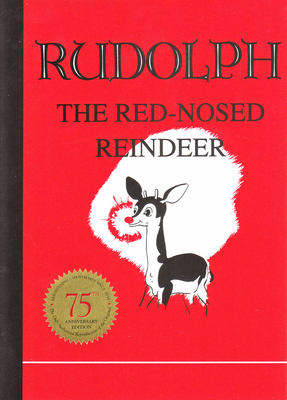 In 1939 Robert L. May, a copywriter working at Chicago's Montgomery Ward & Co., wrote a holiday story at the request of his employer. Almost two and a half million copies of the little tale about a reindeer with a shiny red nose were given away to all the children who visited Montgomery Ward stores that year. The rest is history. Seventy-five years later, the beloved classic is once again available in a hardcover faithful facsimile of the 1939 Rudolph, with original text and original Denver Gillen illustrations.

Robert L. May penned one of America's most famous contributions to Christmas folklore while working as a copywriter for Montgomery Ward & Co. in Chicago. He graduated Phi Beta Kappa from Dartmouth College in 1926 and held various advertising jobs in several department stores across the country before going to the catalog company in 1936. A humble, soft-spoken man, May was gratified that children the world over responded to the story of the lonely little deer who found happiness when he gladly accepted a chance to help others. May referred to Rudolph as "my generous son," claiming that the noble reindeer enabled him to send his six children to college.

In 1958 May donated the original 32-page Rudolph manuscript to the Baker Library at Dartmouth College, which now houses the Robert L. May Collection. May left Montgomery Ward in 1951 to manage Rudolph's burgeoning career but returned to the company in 1958, retiring in 1970. He died in 1976.
Loading...
or
Not Currently Available for Direct Purchase