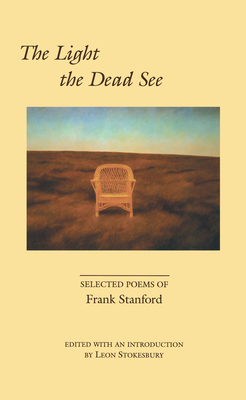 The Light the Dead See

Between 1972, when he published his first book, The Signing Knives, and 1978, when he died at the age of twenty-nine, Frank Stanford published seven volumes of poetry. Within a year of his death, two posthumous collections were published. At the time of this death, as Leon Stokesbury asserts in his introduction, “Stanford was the best poet in America under the age of thirty-five.”

The Light the Dead See collects the best work from those nine volumes and six previously unpublished poems. In the earlier poems, Stanford creates a world where he could keep childhood alive, deny time and mutability, and place a version of himself at the center of great myth and drama.

Later, the denial of time and mutability gives way to an obsessive and familiar confrontation with death. Although Stanford paid an enormous price for his growing familiarity with Death as a presence, the direct address to that presence is a source of much of the striking originality and stunning power in the poetry.


Praise For The Light the Dead See: Selected Poems of Frank Stanford…

"Rough-cut, vital, primitive in the best sense, the poetry of Frank Stanford forces us to make essential encounters. There are few poets who can do this, but I challenge anyone to read Stanford's work and remain unchanged." —James Dickey

Frank Stanford was born August 1, 1948, in Mississippi. He attended Subiaco Academy and The University of Arkansas. After leaving the University of Arkansas in 1971, Stanford married, divorced, and traveled across the country. In 1973, he settled in Eureka Springs, Arkansas, worked as a land surveyor, married the painter Ginny Crouch, and established Lost Roads Press with the poet C.D. Wright. On June 3, 1978, in Fayetteville, he took his own life.
Loading...
or support indie stores by buying on
(This book is on backorder)