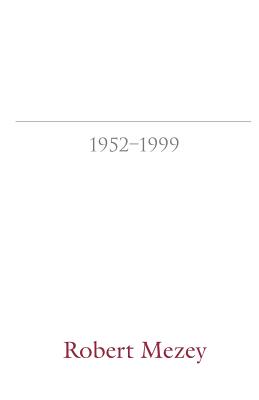 This important collection of poems, which spans a career of nearly fifty years, demonstrates Robert Mezey's development as a notable stylist, thinker, and poet. Moving from adaptations of Latin and Spanish poems to prayers and lamentations, from elegies and plaints of lost love to flights of comic and ribald fancy, his poetry reaches to the extremes of human experience. The death of friends and family, one's self-betrayals and self-infatuations, the comical confusion of a worried mother, the art of a doomed Jewish child in a Nazi concentration camp—all these human dramas play out bravely against the backdrop of the beautiful, indifferent path. Mezey can portray aging and death or sing of love and nature with an accuracy of perception and an intensity of feeling heightened by formal clarity and restraint. With his razor-sharp eye for the singular detail, he describes missed opportunities and moments of human weakness and loss in gestures so real the reader will ache. In capturing the pain of religious doubt, the pangs of tenderness and elation, and the vagaries of fate so honestly, Mezey has wrought a high finish to each poem so that, in the words of Donald Justice, they become "absolute classics of calm and beauty."

"In whatever formal more he has worked, from free verse to the most limited schematic patterns, Mezey has always revealed a mastery of the relation between deep and surface rhythms of language and thought, and an unyielding poetic integrity that is itself like a beacon against a darkening literary horizon."—John Hollander

Robert Mezey has lived in Claremont, California for many years, where he is an emeritus professor at Pomona College. Lamont Prize–winning author of The Lovemaker (1960), Mezey has edited a number of books, including recent editions of Hardy and Robinson, and his poems and translations have appeared in many anthologies.
or
Not Currently Available for Direct Purchase