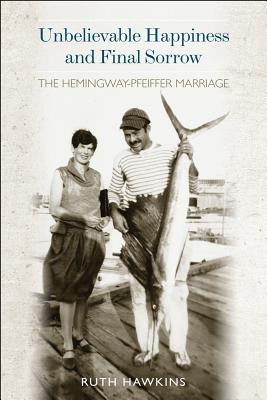 It was the glittering intellectual world of 1920s Paris expatriates in which Pauline Pfeiffer, a writer for Vogue, met Ernest Hemingway and his wife Hadley among a circle of friends that included Gertrude Stein, F. Scott Fitzgerald, John Dos Passos, and Dorothy Parker. Pauline grew close to Hadley but eventually forged a stronger bond with Hemingway himself; with her stylish looks and dedication to Hemingway's writing, Pauline became the source of "unbelievable happiness" for Hemingway and, by 1927, his second wife. Pauline was her husband's best editor and critic, and her wealthy family provided moral and financial support, including the conversion of an old barn to a dedicated writing studio at the family home in Piggott, Arkansas. The marriage lasted thirteen years, some of Hemingway's most productive, and the couple had two children. But the "unbelievable happiness" met with "final sorrow," as Hemingway wrote, and Pauline would be the second of Hemingway's four wives. Unbelievable Happiness and Final Sorrow paints a full picture of Pauline and the role she played in Ernest Hemingway's becoming one of our greatest literary figures.

Praise For Unbelievable Happiness and Final Sorrow: The Hemingway-Pfeiffer Marriage…

"Anyone interested in Hemingway's life between 1927 and 1940 should consult this book." --The Hemingway Review, Fall 2012

"Because Pauline was a private person and the only one of Hemingway's four wives to precede him in death, Ernest's self-serving account of their relationship and of the Pfeiffer family's influence on him has unfortunately been the primary source for Hemingway scholars. Hawkins's book is a welcome corrective." --Norman E. Stafford in Arkansas Review, 2012

"A riveting portrait of a marriage, and a fascinating biography of Pauline Pfeiffer, the most intriguing--and most misunderstood--of the Hemingway wives. This compelling story about the Hemingway/Pfeiffer relationship significantly enriches our understanding of this complicated man, and, along the way, introduces us to a new heroine in the Hemingway saga." --Mary Dearborn, author of Mailer: A Biography

Ruth A. Hawkins has been an administrator at Arkansas State University in Jonesboro for more than thirty years and established its Arkansas Heritage Sites program, which includes the Hemingway-Pfeiffer Museum in Piggott. She has been recognized at the state, regional, and national level for her work in historic preservation and heritage tourism.
Loading...
or
Not Currently Available for Direct Purchase