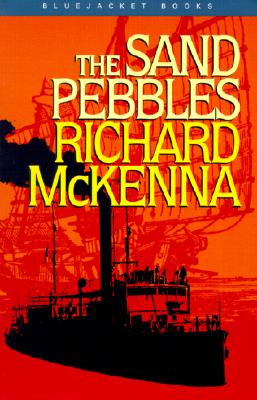 This now-classic novel by Richard McKenna enjoyed great critical acclaim and commercial success when it was first published in 1962. The winner of the coveted Harper Prize, it was on the New York Times bestseller list for seven months and was made into a popular motion picture that continues to be shown on television today.

Set in China on the eve of revolution, the book tells the story of an old U.S. Navy gunboat, the San Pablo, and her dedicated crew of Sand Pebbles on patrol in the far reaches of the Yangtze River to show the flag and protect American missionaries and businessmen from bandits. The plot revolves around a newcomer to the boat, machinist's mate Jake Holman, a maverick and loner who dramatically alters the lives of the crew and the people they have come to save. A faithful engine-room coolie and a pretty young missionary help Holman gain an appreciation of China and its people and discover a world of humanity and promise he has never known. It is a story of old loyalties versus new values, of violence and tenderness, tragedy and humor, and it engages the reader from the first line to the last. This new paperback edition includes in informative introduction by Robert Shenk, written for the Naval Institute's Classics of Naval Literature edition in 1984.