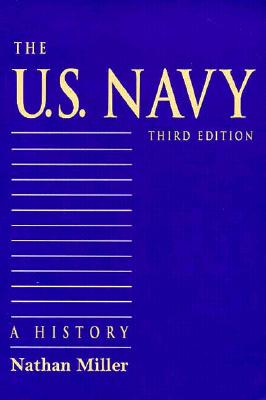 Since 1977 Nathan Miller's concise history of the U.S. Navy has been the standard historical survey read by plebes at the U.S. Naval Academy. Now this highly readable account of the navy, its men and women, ships and aircraft, wars and politics, and the role all played in the creation and protection of the United States has been revised, updated, and made available to the general public in a handy, affordable paperback.

Miller, an award-winning biographer and naval historian, has drawn upon a wide variety of stellar published and archival sources to produce a unique primer for those interested in an easy-to-read introduction to American seapower. His concise, fast-moving survey takes the reader from the founding of the raggle-taggle Continental Navy in 1775 through its growth and challenges in the nineteenth and twentieth centuries, to lessons learned from Desert Storm as well as current efforts to integrate women into combatant roles, deal with personnel and material downsizing, and deploy the Pentagon's strategic and tactical innovations for the twenty-first century. All new for this third edition are enhanced coverage of the Marine Corps, an index, and maps.

As readable as fiction and as up-to-date as today's headlines, this little-known gem prized by Annapolis midshipmen for decades will quickly be recognized by readers of all stripes as simply the best available brief history of the U.S. Navy.