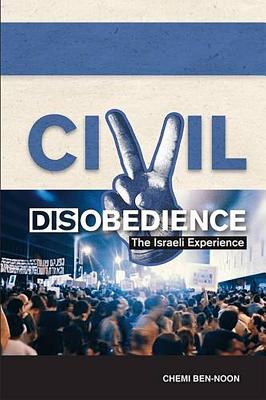 THE WAVES OF SOCIAL PROTEST in Israel and around the world have led to a heated public debate on questions of obeying the law. Chemi Ben-Noon's inspiring book describes the actions of individuals and organizations in Israel that have broken the law for ideological reasons or engaged in civil disobedience. It characterizes the methods of protest, and deals particularly with civil disobedience, an act of breaking the law for political reasons aimed ata change inpublic policy. The book characterizes the responsible citizen in a democratic state as loyal to the state and the regime, and the purpose of his or her illegal action is actually to preserve the legal system and democratic regime. That responsible citizen is opposed by those who prefer to represent civil disobedience as a threat to the regime. However, this approach could lead to serious damage to the state, leaving two dangerous alternatives: passivity and apathy, or rebellion and revolution.The book's important contribution to the legal and public debate is in seeing civil disobedience as an interpretative instrument that stretches and clarifies the boundaries of democracy. Civil disobedience is not ideological criminality, and does not lead to anarchy. What leads to chaos is precisely the blind application of the law and blind obedience to it, since there are many more injustices resulting from blind obedience to the law than from refusing to obey it. Furthermore, history shows that after the waves of civil disobedience have calmed down, the society becomes more just and egalitarian. Therefore, a strong democratic state can withstand protests on the boundary of the law, and sometimes even those that break it, while the law enforcement agencies turn a blind eye. The author wishes the protest, of either type, to be conducted without bloodshed, but consistently, determinedly, and forcefully, so that the democratic state returns to its legal owners the people.

Chemi Ben-Noon is a researcher in the fields of Law, Philosophy, and Decision Making. He teaches at Shaarey Mishpat Academic Center and is widely published.
or
Not Currently Available for Direct Purchase
Copyright © 2020 American Booksellers Association