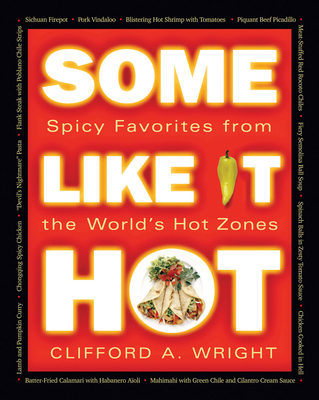 300 spicy recipes from some of the most flavorful and piquant cuisines.

Clifford A. Wright won the James Beard/KitchenAid Cookbook of the Year award and the James Beard Award for the Best Writing on Food in 2000 for A Mediterranean Feast (William Morrow), which was also a finalist for the International Association of Culinary Professionals (IACP) Cookbook of the Year award that same year. He is the author of fourteen books, twelve of which are cookbooks. Wright's articles on food and cuisine have appeared in Gourmet, Bon App\u00e9tit, Food & Wine, Saveur, and other magazines. He is a contributing editor to ZesterDaily.com. As an independent researcher, Wright wrote the food entries for Columbia University's Encyclopedia of the Modern Middle East and has published scholarly articles on food in peer-reviewed journals such as Al-Masaq: Islam and the Medieval Mediterranean, Food and Foodways, and Gastronomica. Wright has also lectured on food at the Center for European Studies at Harvard University, Boston University, Georgetown University, Davidson College in North Carolina, Loyola Marymount University, South Dakota State University, University of California at Santa Barbara, and the Culinary Institute of America, among other institutions. As a cooking teacher, he has taught cooking classes at the Central Market cooking schools in Texas, the Rhode Island School of Design, Institute for Culinary Education in New York, Sur la Table, and other cooking schools around the United States. His website www.CliffordAWright.com is one of the most-visited sites for people interested in Mediterranean foods. In 2009 he launched the Venice Cooking School (www.VeniceCookingSchool.com) with Martha Rose Shulman in Los Angeles, California. He lives in Santa Monica, California.
Loading...
or
Not Currently Available for Direct Purchase