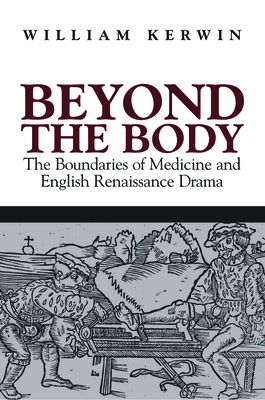 This is a book about two things: medical instability and Renaissance drama. Medical stories are always also social stories, and William Kerwin presents five case studies of how the fragile and dynamic relationship between the medical and the nonmedical played out in Renaissance England. Renaissance drama richly staged that process, presenting medical practitioners in ways that undermined any attempt to imagine them as self-defining. Playwrights consistently unmasked fictions of medical autonomy, emphasizing that a variety of social narratives competed in the shaping of the medical culture.

Drawing on research in the social history of medicine as well as a wide-ranging collection of primary narratives of medical encounters, Kerwin pursues the stories of several medical groups. Specifically, he examines women healers in terms of the changing place of women in the public sphere; the connections between drug sellers—apothecaries and alchemists—and an emerging modern economy; the role barbers and surgeons played in early modern concerns for protecting a new sense of privacy and interiority; the ways physicians defined their professional primacy through the language of theaters and actors; and the ways individual patients employed rhetorics of diagnosis as a way of participating in sectarian religious battles. The study moves from the dynamics of medical politics to the work drama does in exposing those dynamics. In addition to offering astute readings of works by Shakespeare and Ben Jonson, the book pays substantial attention to plays by Samuel Daniel, John Fletcher, John Ford, Thomas Heywood, John Lyly, Philip Massinger, and John Webster.

Beyond the Body complements the wealth of recent critical attention given to the body. Kerwin attends to a different sort of material politics; as the book's title suggests, he asks a reader interested in the politics of medicine to look not at the practitioner treating the body but at the social forces influencing the practitioner. Beyond the Body works to erode a widespread cultural bias toward giving medicine deference as a self-defining profession.

Praise For Beyond the Body: The Boundaries of Medicine and English Renaissance Drama (Massachusetts Studies in Early Modern Culture)…

"A rich and pioneering study. . . . William Kerwin takes as his subject the competing social narratives that shape the medical culture of early modern England. He draws on new primary documents as well as the history of medicine and anthropology and places them in play with English drama from Lyly and Daniel to Webster and Massinger. The conflicts he uncovers challenge recent tendencies to totalize medical knowledge of the period and show how drama is particularly adept at portraying medical thoughts and practices."—Arthur F. Kinney, author of Shakespeare's Webs

"This study combines a borad understanding of medical history with a close analysis of a number of primary narrative accounts of early modern medical encounters. . . . Kerwin emphasizes the tenuous and dynamic nature of the relationship between the medical and nonmedical as it played out in the culture and expecially on the stages of Elizabethan and Jacobean England."—Choice

William Kerwin is assistant professor of English at the University of Missouri, Columbia.
Loading...
or
Not Currently Available for Direct Purchase