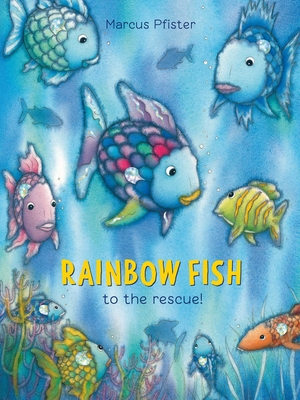 Rainbow Fish to the Rescue!

In this exciting new adventure, Rainbow Fish is torn between his newfound friends and a lonely striped fish who is not allowed to join the group because he lacks a shiny scale. When a dangerous and hungry shark suddenly appears, Rainbow Fish must decide: Should he risk losing his new friends - maybe even his life - for the little stranger?

Marcus Pfister was born in Bern, Switzerland. After studying at the Art School of Bern, he apprenticed as a graphic designer and worked in an advertising agency before becoming self-employed in 1984. His debut picture book, The Sleepy Owl, was published by NorthSouth in 1986, but his big breakthrough came 6 years later with The Rainbow Fish. Today, Marcus has illustrated over 50 books, which have been translated into more than 50 languages and received countless international awards. He lives with his wife Debora and his children in Bern.
Loading...
or support indie stores by buying on