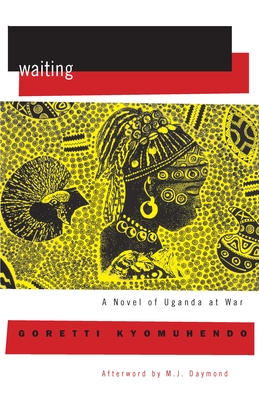 Set in the seventies during the last year of Ugandan dictator Idi Amin's brutal, often surreal rule, Waiting evokes the fear and courage of a small close-knit society uncertain of what the edicts of a madman or the marauding of his disintegrating army will bring with each day.

Safe for years in their remote Ugandan village, thirteen-year-old Alinda and her family are suddenly faced with the terror of the self-proclaimed "Last King of Scotland" when troops of his use the local highway to escape anti-Amin Ugandan and Tanzanian allied forces. With her pregnant mother on the verge of labor, her brother anxious to join the Liberators, and a house full of hungry siblings, neighbors, and refugees, Alinda learns what it takes to endure terrible hardship, and to hope for a better tomorrow . . .

Goretti Kyomuhendo (1965- ) was born and raised in Hoima, Western Uganda. She started writing in 1992 for Kampala-based newspapers and has since expanded in writing fiction; she has published four novels. Kyomuhendo also co-founded FEMRITE, a women's publishing house.
Loading...
or support indie stores by buying on