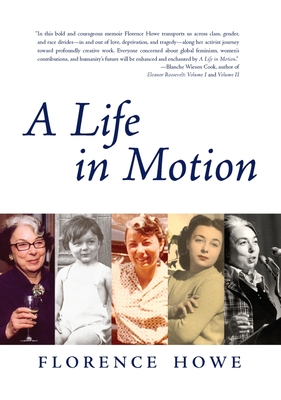 "A sharp and compelling memoir" of a feminist icon who forged positive change for herself, for women everywhere, and for the world (Rosemary G. Feal, executive director of the Modern Language Association).

Florence Howe has led an audacious life: she created a freedom school during the civil rights movement, refused to bow to academic heavyweights who were opposed to sharing power with women, established women's studies programs across the country during the early years of the second wave of the feminist movement, and founded a feminist publishing house at a time when books for and about women were a rarity.

Sustained by her relationships with iconic writers like Grace Paley, Tillie Olsen, and Marilyn French, Howe traveled the world as an emissary for women's empowerment, never ceasing in her personal struggle for parity and absolute freedom for all women.

Howe's "long-awaited memoir" spans her ninety years of personal struggle and professional triumphs in "a tale told with startling honesty by one of the founding figures of the US feminist movement, giving us the treasures of a history that might otherwise have been lost" (Meena Alexander, author of Fault Lines).