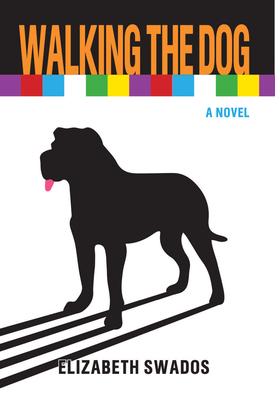 A "brilliant and layered" novel about a prodigy turned convict turned dog walker in her 40s from the celebrated author of My Depression: A Picture Book (Oprah.com).

A former child prodigy and rich-girl kleptomaniac, eighteen-year-old Ester is incarcerated after her kleptomania gets way out of hand. There, she is given the very gentile name Carleen (for her own protection) and for two decades, time is the enemy. When finally let loose onto the streets of New York, Carleen finds a job as a dog walker in Manhattan's most elite neighborhoods. But despite her remarkable gift for canine communication, Carleen is determined to finally prove that she is a real person. To this end, she tries to reconnect with her estranged--and ferociously Orthodox--daughter.

Amid the strained brunch dates, unsent letters, and the continuing trauma of prison, Carleen begins a slow and halting process of self-discovery. Strikingly funny and self-aware, this belated coming-of-age novel asks the question: How do you restart after crashing your first chance at life?

Perhaps best known for her Broadway and international smash hit Runaways, Elizabeth Swados (1951-2016) composed, wrote and directed for over thirty years. Some of her works include the Obie Award-winning Trilogy at La MaMa, Alice at the Palace with Meryl Streep at the New York Shakespeare Theater Festival and Groundhog, which was optioned by Milos Forman for a film. Her work has been performed on Broadway, off-Broadway, Brooklyn Academy of Music, Carnegie Hall, and locations all over the world. Swados created issue-oriented theater with young people for her entire career. She published novels, non-fiction books, and children's books to great acclaim and received a Ken Book Award as well as a New York Public Library Award for My Depression: A Picture Book (Seven Stories Press, 2015). Walking the Dog was her last book. Other awards include five Tony nominations, three Obie Awards, Guggenheim Fellowship, Ford Grant, Helen Hayes Award, Lila Acheson Wallace Grant, PEN Citation, and others.
Loading...
or support indie stores by buying on