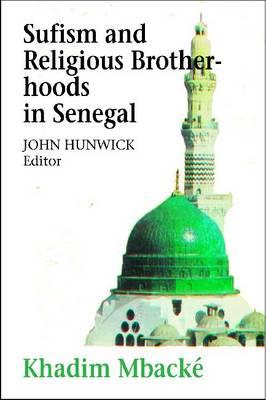 Sufism and Religious Brotherhoods in Senegal

This book is a study of the state of Islam in Senegal and of the religious factors that influence it. Islam in Senegal is characterized by the strong intrenchment of a certain number of Sufi brotherhoods. In effect, the majority of Senegal's 7.6 million Muslims consider adherence to a brotherhood, a tariqa, to be a religious obligation, in keeping with the well-known Sufi maxim, "He who does not have a shaykh will have Satan for a guide."

Mback traces the genesis and evolution of Sufism in order to explain the circumstances that permitted the emergence of Sufi brotherhoods. He describes the brotherhoods that are currently active in Senegal and depicts the means and manner of their diffusion, the lives of their founding figures, their basic teachings, their internal organization, the links they maintain with each other, and the role they play in the country's cultural, economic, social and political life. The book uses its study of the present condition of Senegal's Sufi brotherhoods to speculate on their future evolution.