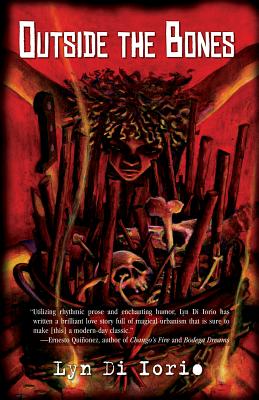 Fina is a big girl with a big mouth. She's the neighborhood "spirit worker," casting spells for her neighbors in Manhattan's Upper West Side. She can't believe it, though, when she puts an accidental fuf or spell on Chico, the irresistible trumpet player who lives upstairs.

Chico recovers just as two women from his past turn up: his former beauty-queen lover and an attractive young woman claiming to be his long-dead daughter. Fina is not pleased. So she visits her mentor, Tata Victor Tumba Fuego, Master of Fire. He specializes in Palo Monte, the Afro-Caribbean magical art of controlling and manipulating spirits housed in cauldrons. All too soon she finds herself involved with a spirit whose quest for revenge can't be stopped.

Weaving Afro-Caribbean witchcraft rituals with the sixteen-year-old mystery of a woman's disappearance, Outside the Bones is an erotically charged ghost story set in both present-day New York and Puerto Rico.