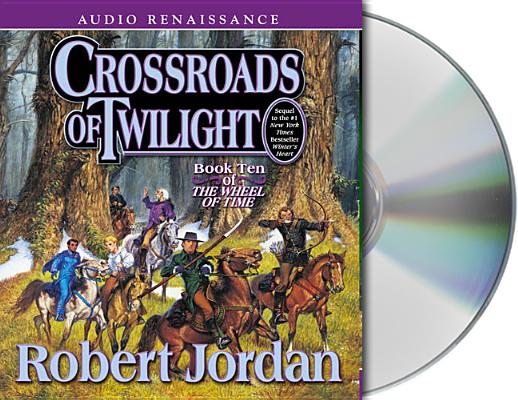 Perrin Aybara seeks to free his wife, Faile, a captive of the Shaido, but his only hope may be an alliance with the enemy. Can he remain true to his friend Rand and to himself? For his love of Faile, Perrin is willing to sell his soul.

At Tar Valon, Egwene al'Vere, the young Amyrlin of the rebel Aes Sedai, lays siege to the heart of Aes Sedai power, but she must win quickly, with as little bloodshed as possible, for unless the Aes Sedai are reunited, only the male Asha'man will remain to defend the world against the Dark One, and nothing can hold the Asha'man themselves back from total power except the Aes Sedai and a unified White Tower.

In Andor, Elayne Trakland fights for the Lion Throne that is hers by right, but enemies and Darkfriends surround her, plotting her destruction. If she fails, Andor may fall to the Shadow, and the Dragon Reborn with it.

Rand al'Thor, the Dragon Reborn himself, has cleansed the Dark One's taint from the male half of the True Source, and everything has changed. Yet nothing has, for only men who can channel believe that saidin is clean again, and a man who can channel is still hated and feared-even one prophesied to save the world. Now, Rand must gamble again, with himself at stake, and he cannot be sure which of his allies are really enemies.


Praise For Crossroads of Twilight: Book Ten of 'The Wheel of Time'…

“The solid performances by Kate Reading and Michael Kramer add a new dimension to the story, especially in the way these veteran narrators breathe life into the inner thoughts of the many major players.” —AudioFile

“For sheer imagination and storytelling skill. . . . The Wheel of Time™ now rivals Tolkien's The Lord of the Rings.” —Publishers Weekly (starred review) on The Path of Daggers

“Jordan has not merely put old wine into new bottles: he has clothed old bones with new flesh.” —Chicago Sun-Times on The Eye of the World

“Jordan has come to dominate the world that Tolkien began to reveal. . . . The evil laced into the forces of good, the dangers latent in any promised salvation, the sense of the unavoidable onslaught of unpredictable events bears the marks of American national experience during the last three decades.” —The New York Times on The Wheel of Time™