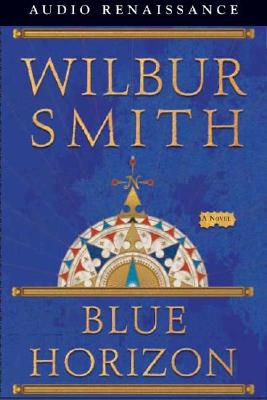 The "New York Times" bestselling author and one of the greatest adventure writers of our time once again creates a lost era and a truly exciting tale of danger, courage, and suspense
At the close of Wilbur Smith's "Monsoon," Tom Courtney and his brother Dorian battled on the high seas. In this spellbinding new novel, the next generation of Courtneys are out to stake their claim in southern Africa, travelling along the infamous "Robber's Road." It is a journey both exciting and hazardous, which takes them through the untouched wilderness of a beautiful land filled with warring tribes and wild animals.

Wilbur Smith has written twenty-eight novels. His books have been translated into twenty-six languages and have sold over eighty million copies. Tim Pigott-Smith is a British classical stage and television actor. He's appeared on Broadway in "Sherlock Holmes" as well as opposite such British stars as Judi Dench, Helen Mirren, Geraldine James, and Patrick Stewart. He has appeared in a host of Shakespearean classics on television including "Henry IV, Part I" and "Measure for Measure" as well as in "Winston Churchill: The Wilderness Years," "Fame Is the Spur," and "The Jewel in the Crown." His many film credits include "Alice in Wonderland," "Clash of the Titans," "Bloody Sunday," and Martin Scorcese's "Gangs of New York." An Earphones Award-winner and Audie finalist, Tim has narrated everything from Wilbur Smith's "Triumph of the Sun" and "Blue Horizon" to Fyodor Dostoyevsky's classic" The Brothers Karamazov" and Geoffrey Chaucer's "The Canterbury Tales."
Loading...
or
Not Currently Available for Direct Purchase