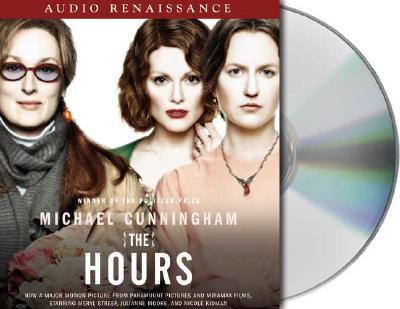 Winner of the Pulitzer prize, the Pen/Faulkner Award for Fiction, and nominated for 9 Academy Awards, "The Hours" is now available on Unabridged CD.
Passionate, profound, and deeply moving, "The Hours "tells the story of three women: Clarissa Vaughan, who one New York morning goes about planning a party in honor of a beloved friend; Laura Brown, who in a 1950s Los Angeles suburb slowly begins to feel the constraints of a perfect family and home; and Virginia Woolf, recuperating with her husband in a London suburb and beginning to write" Mrs. Dalloway." By the end of the novel, the stories have intertwined, and finally come together in an act of subtle and haunting grace, demonstrating Michael Cunningham's deep empathy for his characters as well as the extraordinary resonance of his language.

Michael Cunningham was raised in Los Angeles and lives in New York City. He is the author of the novels "A Home at the End of the World" (Picador) and "Flesh and Blood." His work has appeared in "The New Yorker" and "Best American Short Stories," and he is the recipient of a Whiting Writer's Award. "The Hours" was a "New York Times" Bestseller, and was chosen as a Best Book of 1998 by" The New York Times," "Los Angeles Times," and "Publishers Weekly."
Loading...
or
Not Currently Available for Direct Purchase