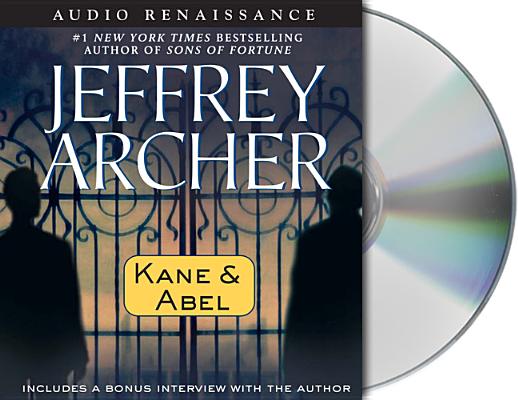 William Lowell Kane and Abel Rosnovski, one the son of a Boston millionaire, the other a penniless polish immigrant-born on the same day near the turn of the century on opposite sides of the world-are brought together by fate and the quest of a dream. Two men - ambitious, powerful, ruthless - are locked in a relentless struggle to build an empire, fueled by their all-consuming hatred. Over sixty years and three generations, through war, marriage, fortune, and disaster, Kane and Abel battle for the success and triumph that only one man can have...

Jeff Harding's audiography includes reading the bestselling titles Kane and Abel, The Da Vinci Code, The Bourne Identity, and Secrets Of The Code.  On screen, he has appeared in Lightning Strikes, Alfie, Tomorrow Never Dies, 20,000 Leagues Under the Sea, Hackers, and Bullseye!  His television work includes the UK and Irish comedies The Armando Iannucci Shows, The Fast Show, and Father Ted.


Praise For Kane and Abel…