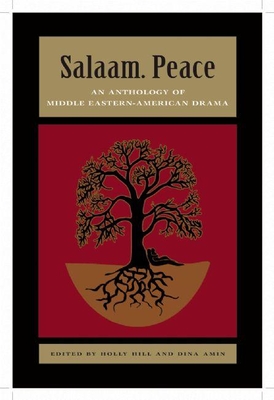 An Anthology of Middle Eastern-American Drama

This groundbreaking anthology is a collection of new plays by American writers of a variety of Middle Eastern backgrounds, from artists born in Egypt and Iran, to Israeli and Palestinian Americans. These plays--written in a diversity of theatrical styles ranging from lyrical drama to satiric comedy--are personal and political, fresh and important. They represent artists negotiating the complexities of Middle Eastern identity in America, while dealing with the ravages of war and violence in their families' homelands.

Holly Hill is the author of Playing Joan and Actors' Lives, published by Theatre Communications Group. A critic and feature writer published widely in the United States and United Kingdom, Hill was the former New York theater correspondent for The Times of London and the director of the Arabic Theater Project from 1997 to 2000.

Dina Amin is the assistant professor of Arab Literature & Culture and Theatre at Villanova University. She directs in the United States and Egypt, in Arabic and English. Amin has published in major academic journals and has translated a number of Arabic plays into English.