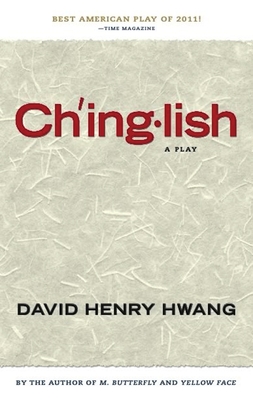 Marvelous . . . the conceit is elegantly of a piece, yet Hwang is able to keep turning it in on itself to reveal new ambiguities, absurdities, subversions and paradoxes.--Chicago Reader

Hwang's plays collectively chart the evolving definition of what it is to be an 'American.' . . . His art has illuminated and anticipated our ongoing national story with a sensibility unlike any other in the American theater.--Frank Rich

Springing from the author's personal experiences in China over the past five years, Chinglish follows a Midwestern American businessman desperately seeking to score a lucrative contact for his family's firm as he travels to China only to discover how much he doesn't understand. Named for the unique and often comical third language that evolves from attempts to translate Chinese signs into English, Chinglish explores the challenges of doing business in a culture whose language--and ways of communicating--are worlds apart from our own. David Henry Hwang's best new work since M. Butterfly, this shrewd, timely and razor-sharp comedy (Chicago Tribune) received its Broadway premiere in fall 2011.

David Henry Hwang is the author of the Tony Award-winning M. Butterfly, the Pulitzer Prize-finalist Yellow Face, Golden Child, FOB, Family Devotions, and the books for musicals Aida (as co-author), Flower Drum Song (2002 Broadway revival), and Tarzan, among other works.

Throughout his career, playwright DAVID HENRY HWANG has explored the complexities of forging Eastern and Western cultures in a contemporary America. His extraordinary body of work, over the past 30 years, has been marked by a deep desire to reaffirm the common humanity in all of us. He is best known as the author of M. Butterfly, which won the 1988 Tony, Drama Desk, John Gassner, and Outer Critics Circle Awards, and was also a finalist for the 1989 Pulitzer Prize. The play enjoyed a one-year run on London's West End and has been produced in over four dozen countries to date. His play Golden Child premiered Off-Broadway at the Joseph Papp Public Theater, received a 1997 Obie Award for playwriting and subsequently moved to Broadway, where it received three 1998 Tony Nominations, including Best New Play. His play, Yellow Face, which premiered at Los Angeles' Mark Taper Forum and New York's Public Theater, won a 2008 Obie Award and was a finalist for the Pulitzer Prize.Language: English and Chinese
Loading...
or support indie stores by buying on