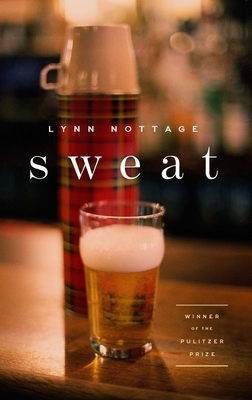 "From first moments to last, this compassionate but clear-eyed play throbs with heartfelt life, with characters as complicated as any you'll encounter at the theater today, and with a nifty ticking time bomb of a plot. That the people onstage are middle-class or lower-middle-class folks -- too rarely given ample time on American stages -- makes the play all the more vital a contribution to contemporary drama. . . . If I had pompoms, I'd be waving them now."--Charles Isherwood, The New York Times

No stranger to dramas both heartfelt and heart-rending, Pulitzer Prize-winning playwright Lynn Nottage has written one of her most exquisitely devastating tragedies to date. In one of the poorest cities in America, Reading, Pennsylvania, a group of down-and-out factory workers struggles to keep their present lives in balance, ignorant of the financial devastation looming in their near futures. Set in 2008, the powerful crux of this new play is knowing the fate of the characters long before it's even in their sights. Based on Nottage's extensive research and interviews with real residents of Reading, Sweat is a topical reflection of the present and poignant outcome of America's economic decline.

Lynn Nottage's plays include the Pulitzer Prize-winning Ruined; Intimate Apparel, the most widely produced play of the 2005-2006 theater season in America, By the Way, Meet Vera Stark, Fabulation, or the Re-Education of Undine; Crumbs from the Table of Joy; Las Meninas; Mud, River, Stone; Por'knockers, and POOF

Lynn Nottage's plays include the Pulitzer Prize-winning Ruined; Intimate Apparel, Fabulation, or the Re-Education of Undine; Crumbs from the Table of Joy; Las Meninas; Mud, River, Stone; Por'Knockers; and POOF! Nottage is an Associate Professor at Columbia University.
or
Not Currently Available for Direct Purchase
Copyright © 2020 American Booksellers Association