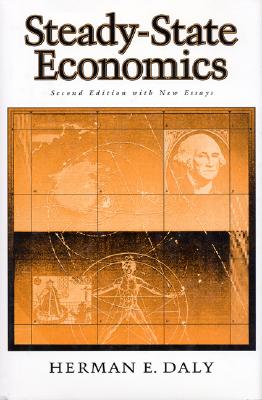 Herman E. Daly is Professor Emeritus at the University of Maryland, School of Public Affairs. From 1988 to 1994 he was senior economist in the environment department of the World Bank. Prior to 1988 he was Alumni Professor of Economics at Louisiana State University, where he taught economics for twenty years. He is a co-founder and associate editor of the journal Ecological Economics.
He is co-author with theologian John B. Cobb, Jr. of For the Common Good (1989; 1994) which received the Grawemeyer Award for ideas for improving World Order. His other books include Steady-State Economics (Freeman, 1977; second edition, Island Press, 1991); Valuing the Earth (MIT, 1993) and Beyond Growth (Beacon, 1996). In 1996, he received the Heineken Prize for Environmental Science awarded by the Royal Netherlands Academy of Arts and Sciences, and the Right Livelihood Award, Sweden's alternative to the Nobel Prize.
Loading...
or
Not Currently Available for Direct Purchase