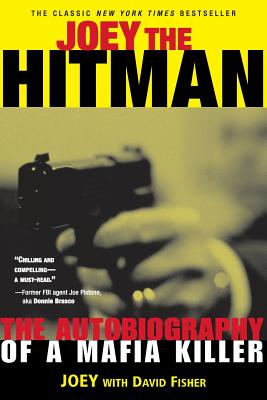 The Autobiography of a Mafia Killer (Adrenaline Classics)

Following up on the success of the Adrenaline title Mob: Stories of Death and Betrayal from Organized Crime, Adrenaline Classics brings back the New York Times bestseller (originally published as Killer) that helped pave the way for the latest generation of nouveau-mob stories, from Donnie Brasco to The Sopranos. "Joey" -- a journeyman Jewish hitman, numbers king, and loan shark -- collaborated with David Fisher (co-editor of the hit Adrenaline title Wild Blue) to lay out the rackets in gripping detail. His story includes detailed accounts of his chillingly "professional" murders of thirty-eight victims. The strong sales of Mob are further evidence that the best mafia stories -- and this is one of the best -- capture the public's interest. Joey the Hitman's original best-seller status reflects the quality of the writing, the frank intelligence of the subject/writer, and Joey's convincingly matter-of-fact, regular-guy tone. When he writes, debunking The Godfather, ". . . Actually very few mob members even have Bronx-Italian accents . . . a lot of mob people are not very tough, the people we meet and deal with are very ordinary, most of us stay home at night and watch TV, and we only shoot each other when absolutely necessary," you know you're listening to the original Soprano. This edition includes a new afterword from David Fisher, who for the first time reveals Joey's identity and the incredible story of how Joey finally died.

David Fisher is the author of some forty books, which have sold millions of copies. These include number-one best-seller The Umpire Strikes Back (with Ron Luciano) and last year’s best-selling Been There, Done That (with Eddie Fisher).
Clint Willis is the series editor of Adrenaline Books.
Loading...
or support indie stores by buying on