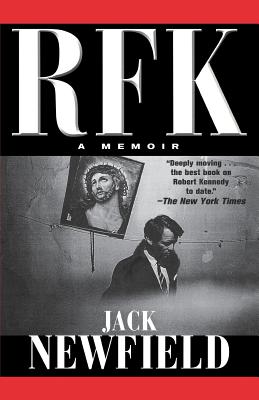 As one of the most complex, charismatic and controversial figures of our times, Robert Kennedy occupies a remarkable and paradoxical place in the American imagination. On the right he has been idolized by Rudy Giuliani and memorialized by Attorney General John Ashcroft, who renamed the Justice Department after him. On the left, his admirers say he represented the last hope of revitalizing the liberal tradition. But who was Robert Kennedy? To acclaimed reporter Jack Newfield, who worked closely with him during his last years, RFK was a human being far different from the myths that surrounded his name. "Part of him was soldier, priest, radical, and football coach. But he was none of these. He was a politician. His enemies said he was consumed with selfish ambition, a ruthless opportunist exploiting his brother's legend. But he was too passionate and too vulnerable ever to be the cool and confident operator his brother was." In this haunting and memorable portrait we see what kind of man died when Robert Kennedy was shot. And what kind of leader America lost.

Jack Newfield is a veteran New York reporter. He has written for the Village Voice, New York Daily News, and the New York Post. He is a fellow at the Nation Institute and the author of several books including The Life and Crimes of Don King, Somebody's Got to Tell It, and The Full Rudy.
or support indie stores by buying on
Copyright © 2020 American Booksellers Association