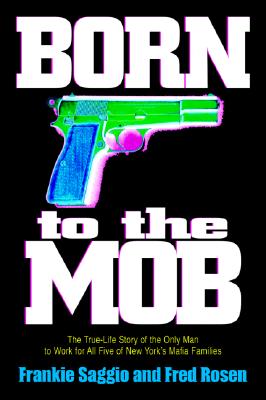 Born to the Mob

Frankie Saggio reminisces about the era of true wise guys like his Uncle Philly -- a contemporary of Al Capone. After all, it was Frankie's uncle who "taught him the value of a dollar and how to steal it from someone else." Uncle Philly was from a day when being in a mafia family meant being bound by blood and honor, not like modern day families whose only concern is money. For Frankie, the only way to avoid the modern mob treachery is to avoid getting involved with any single mob family, working "freelance" for all five. Frankie can do this because he is one of the biggest earners in the business, pulling down millions and kicking a share upstairs to the bosses. Though he fights the decision, Frankie is tied by blood to the Bonanno family, Uncle Philly's family, and current home to Philly's murderer. Soon after joining the Bonannos, Frankie narrowly escapes an assassination attempt and is busted for a major scam. With little choice, and even less loyalty to the Bonannos, Frankie turns himself over to the Feds on the one condition that he will tell the feds everything, but will not squeal on his own relatives.

Fred Rosen is the author of the cult-classic, true-crime Lobster Boy, and many other books including Deacon of Death, The Flesh Collectors, and Gang Mom. He lives in Woodstock, NY.
Frankie Saggio lives in an undisclosed location.
Loading...
or support indie stores by buying on