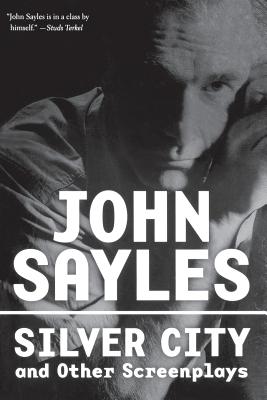 John Sayles -- winner of the John Steinbeck Award and others -- has been called the "conscience of the independent film world" and the screenwriter's screenwriter. Silver City and Other Screenplays is a collection of Sayles's greatest work, something that will delight his legion of fans and also aspiring screenwriters and film students who will regard the book as a master class in the art of screenwriting. Silver City and Other Screenplays includes Sayles's most celebrated work -- including Matewan, Return of the Secaucus Seven, Lone Star, and Passion Fish (for which he received an Oscar nomination for Best Screenplay), and his latest film Silver City, a spirited lampoon and a timely, toxic warning about the present state of American democracy.

If the U.S. were to boast one great independent film director, he would be John Sayles, a cult figure among his admirers. Nominated for both an Academy Award for scriptwriting and a National Book Award, Sayles has written screenplays, teleplays, short stories, and novels and has worked as a script doctor for a virtual who's who of Hollywood film and television talent.
Loading...
or support indie stores by buying on