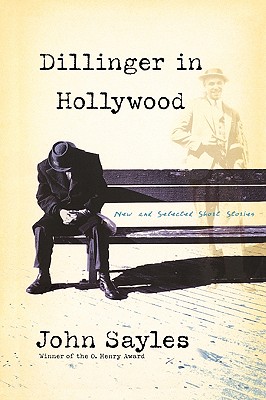 Before John Sayles was an Oscar-nominated screenwriter and celebrated independent filmmaker, he was a National Book Award-nominated writer of fiction. Now John Sayles has written his first short story collection in twenty-five years. The keynote story -- "Dillinger in Hollywood" -- is populated by leftovers from the Golden Age of Hollywood who live in a nursing home catering for "below-the-line" talent -- dancers, stunt doubles, horse wranglers, stand-ins, studio drivers -- who now wait for death and dementia, playing cards, breaking hips, busting ribs, and telling tall tales of days gone by. During one hot summer, Casey, a long-term resident, confesses that he "used to be John Dillinger. In the flesh." The supposed John Dillinger, a legendary outlaw who had been popped at the Biograph Theater, was simply a "stand-in." Sayles's stories, like his movies, are panoramic in scope, weaving together disparate elements, where the past has a powerful claim on the present, where the characters are down on their luck, struggling to make ends meet. Ultimately, John Dillinger in Hollywood showcases Sayles's uncanny ear for language, his skill at crafting character, humor and atmosphere, and shows why he is the winner of the John Steinbeck Award, the O. Henry Award, and others.

If the U.S. were to boast one great independent film director, he would be John Sayles, a cult figure among his admirers. Nominated for both an Academy Award for scriptwriting and a National Book Award, Sayles has written screenplays, teleplays, short stories, and novels and has worked as a script doctor for a virtual who's who of Hollywood film and television talent.
Loading...
or support indie stores by buying on