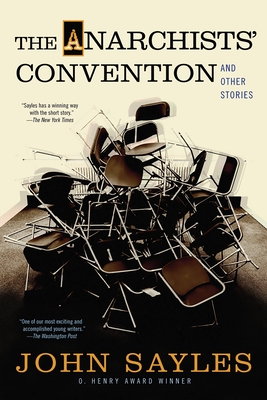 The Anarchist's Convention and Other Stories (Paperback)

Before John Sayles was an Oscar-nominated screenwriter, he was a National Book Award-nominated writer of fiction. The Anarchists' Convention is his first short story collection, providing a prism of America through fifteen stories. These everyday people -- a kid on the road heading west, aging political activists, a lonely woman in Boston -- go about their business with humor and resilience, dealing more in possibility than fact. In the widely anthologized and O. Henry Award-winning "I-80 Nebraska," Sayles perfectly renders the image of a pill-popping trucker who has become a legend of the road.

If the U.S. were to boast one great independent film director, he would be John Sayles, a cult figure among his admirers. Nominated for both an Academy Award for scriptwriting and a National Book Award, Sayles has written screenplays, teleplays, short stories, and novels and has worked as a script doctor for a virtual who's who of Hollywood film and television talent.
or
Not Currently Available for Direct Purchase
Copyright © 2020 American Booksellers Association