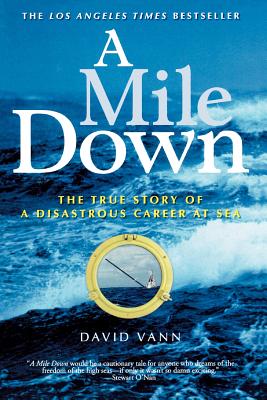 The True Story of a Disastrous Career at Sea

If you've ever owned a sailboat or had a friend who did, you know how it begins: with a dream. You dream about the ship, and gradually the dream consumes you. Practical considerations lose all meaning ... until, inevitably, the dream morphs into a nightmare. David Vann is familiar with that nightmare. His begins in Turkey: a thirty-year-old tourist, he stumbles across the steel frame of a ninety-foot sailboat that cries out to be built. From friends, family, and credit cards, he borrows the 150,000 to construct the ship. The Turkish builders take shameless advantage of him, eventually charging him over 500,000. On the edge of financial ruin, Vann starts a chartering business. But, when some new part of the ship isn't falling apart, he encounters freak storms. As his debts escalate, Vann begins to wonder if he is merely repeating his father's dreams and failures at sea—which ended with his father's suicide. At once a page-turning true story of adventure on the open ocean and an archetypal tale of one man's attempt to overcome fate and realize his dream, A Mile Down is an unforgettable story of struggle and redemption by a writer at the top of his form.

David Vann's short stories have been published in the Atlantic and various national literary quarterlies and have won numerous contests and awards. He was a Jones Lecturer and Wallace Stegner Fellow at Stanford and earned his MFA from Cornell. He also holds a U.S. Coast Guard 200-ton Master's License and has sailed more than forty thousand miles offshore.
Loading...
or support indie stores by buying on