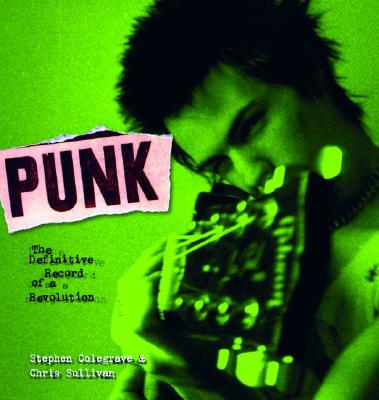 The Definitive Record of a Revolution

Recreating the complete story of the punk phenomenon including where it came from and what it turned into Punk is a massive and visually stunning record of five years that changed the world: from 1975 to 1979. Collecting the testimony of more than 260 artists, record producers, designers, and journalists including John Cale, Debbie Harry, Joe Strummer, Maureen Tucker, Gerard Malanga, Lou Reed, Johnny Rotten, Danny Fields, Legs McNeil, Bob Gruen, David Byrne, Iggy Pop, Tommy Ramone, William S. Burroughs, Terry Southern, Cherry Vanilla, and Malcolm McLaren, former manager and ringleader of the Sex Pistols Punk brings to life the profound effect punk music had on global popular culture in the words of those who created it. With reverberations in style, fashion, attitude and philosophy, the birth of punk music released the greatest shockwaves in the popular culture since The Beatles. Punk tells the story through the words of the people who were closely tied to the mania and through hundreds of contemporaneous color and black-and-white photographs.

Stephen Colegrave is a Marketing Director of Saatchi, and has worked as an independent film producer. He was previously lead singer for a seminal punk band, The Lurkers. He lives in London. Chris Sullivan became caught up in the Punk explosion while studying in London. He is now a popular style journalist and successful London nightclub owner.
Loading...
or
Not Currently Available for Direct Purchase