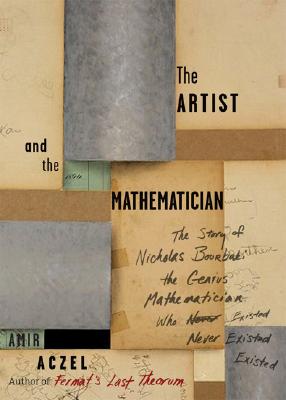 The Artist and the Mathematician

The Story of Nicolas Bourbaki, the Genius Mathematician Who Never Existed

Nicolas Bourbaki, whose mathematical publications began to appear in the late 1930s and continued to be published through most of the twentieth century, was a direct product as well as a major force behind an important revolution that took place in the early decades of the twentieth century that completely changed Western culture. Pure mathematics, the area of Bourbaki's work, seems on the surface to be an abstract field of human study with no direct connection with the real world. In reality, however, it is closely intertwined with the general culture that surrounds it. Major developments in mathematics have often followed important trends in popular culture; developments in mathematics have acted as harbingers of change in the surrounding human culture. The seeds of change, the beginnings of the revolution that swept the Western world in the early decades of the twentieth century -- both in mathematics and in other areas -- were sown late in the previous century. This is the story both of Bourbaki and the world that created him in that time. It is the story of an elaborate intellectual joke -- because Bourbaki, one of the foremost mathematicians of his day -- never existed.

Amir D. Aczel earned both his B.A. in mathematics and master of sciences degree from the University of California at Berkeley, and a Ph.D. from the University of Oregon. He is a professor at Bentley College in Waltham, MA. Among other books, he is the author of Chance: A Guide to Gambling, Love, the Stock Market, and Just About Everything Else (2004); Entanglement: The Greatest Mystery in Physics (2002, paperback to Plume, UK to John Wiley, Canadian to Raincoast); The Mystery of the Aleph: Mathematics, the Kabbalah, and the Search for Infinity (2000; U.K. and U.S. paperback to Simon & Schuster); God's Equation: Einstein, Relativity and the Expanding Universe (1999; paperback to Dell); and Fermat's Last Theorem: Unlocking the Secret of an Ancient Mathematical Problem (1996; paperback to Dell). His work has been translated into French, German, Japanese, Dutch, Turkish, Hebrew, Spanish, Chinese, Korean, Italian, Portuguese, Swedish and Finnish.
Loading...
or
Not Currently Available for Direct Purchase