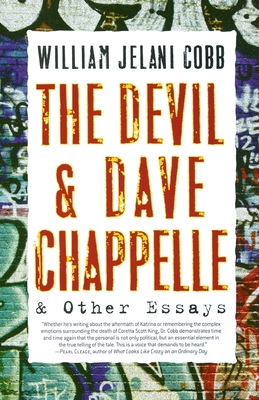 The Devil and Dave Chappelle (Paperback)

An unflinching collection of essays that takes on the subjects of Biggie Smalls, Three 6 Mafia, The King Family, and what it takes to be black at the turn of the twenty-first century.

William Jelani Cobb, PhD, is an Assistant Professor of History at Spelman College, as well as a critic, essayist and fiction writer whose writings on politics, the African Diaspora and contemporary African American culture have appeared in a number of national outlets.

His column "Past Imperfect" appears regularly on AOL BlackVoices. He is editor of The Essential Harold Cruse: A Reader, which was a Notable Book of the Year by Black Issues Book Review. His writing has appeared in the Washington Post, Essence, Emerge, the Progressive, the Washington City Paper, One Magazine, and Alternet.org.
or support indie stores by buying on
(This book is on backorder)
Copyright © 2020 American Booksellers Association