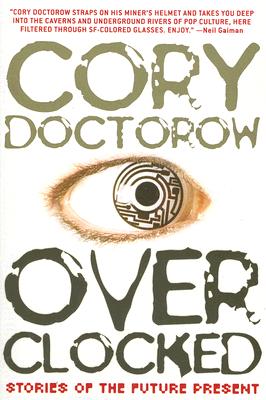 Stories of the Future Present

Have you ever wondered what it's like to get bitten by a zombie? To live through a bioweapon attack? To have every aspect of your life governed by invisible ants? In Cory Doctorow's collection of novellas, he wields his formidable experience in technology and computing to give us mindbending sci-fi tales that explore the possibilities of information technology and its various uses run amok. "Anda's Game" is a spin on the bizarre new phenomenon of "cyber sweatshops," in which people are paid very low wages to play online games all day in order to generate in-game wealth, which can be converted into actual money. Another tale tells of the heroic exploits of "sysadmins" systems administrators as they defend the cyber-world, and hence the world at large, from worms and bioweapons. And yes, there is a story about zombies, too.

Cory Doctorow is the author of three science fiction novels, DOWN AND OUT IN THE MAGIC KINGDOM, EASTERN STANDARD TRIBE, and SOMEONE COMES TO TOWN, SOMEONE LEAVES TOWN, and the short story collection A PLACE SO FOREIGN AND EIGHT MORE. He is the co-founder of boingboing.com. "Anda's Game," from this collection, was chosen by Michael Chabon for BEST AMERICAN SHORT STORIES 2005.
or
Not Currently Available for Direct Purchase
Copyright © 2020 American Booksellers Association