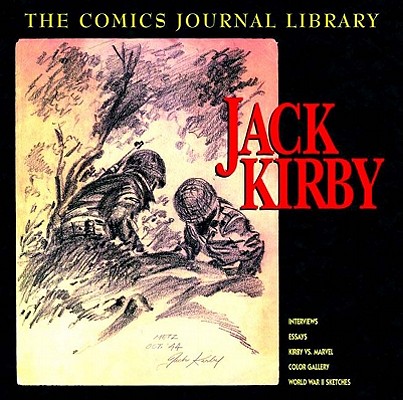 Like any popular medium, comic books in the 20th century were marked by trends. Unlike music or film or television, comics can point to a small handful of men who, through a combination of imagination and artistry, dictated those trends. Chief among the idea men was Jack "King" Kirby. Kirby's dynamic art and limitless imagination were responsible for much of what made comics great from the 1940s through the '70s. With early collaborator Joe Simon, Kirby created Captain America in the World War II era and, after the war, the romance comics genre that dominated the industry in the '50s. As the creative vision behind Marvel comics in the '60s, Kirby (with writer Stan Lee) rejuvenated superheroes with such characters as The Fantastic Four, The Hulk, Thor, and The X-Men. In the '70s, Kirby's ambitious "Fourth World" series of comics for Marvel's rival DC set a new standard in epic comics storytelling; today it is widely believed to be the inspiration behind George Lucas' Star Wars mythos.

In The Comics Journal Library: Jack Kirby, the first of a series of collections of interviews and essays from The Comics Journal--the field's premier magazine of comics news and criticism for the past 25 years -- Fantagraphics Books presents a comprehensive look at the man and the creator through a series of in-depth interviews and critical essays. In his own words, Kirby describes the circumstances of the creative process, his many contributions to the comics medium, and candidly discusses his personal and professional triumphs and disappointments. Jack Kirby is published in an oversized art book format of 12" x 12" in order to show off Kirby's artwork as well as his words.