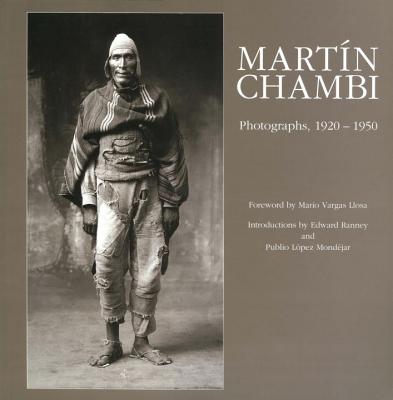 Martín Chambi is today regarded as one of the most important photographers of the twentieth century. Between 1920 and 1950 he assembled an unprecedented collection of photographs of the people and landscape of Cuzco, the ancient Inca capital that was in his day a cultural center in Peru. His studio was favored by the local elite, whose fiestas, weddings, and portraits he imbued with a unique outsider's sensibility. Above all, he devoted himself to photographing his own people—the highland Indians whose ancestors built Cuzco—with a keen postcolonial eye.

“Without a doubt, Martín Chambi’s images laid bare all the social complexity of the Andes. Those images place us in the heart of highland feudalism, in the haciendas of the large land-holders, with their servants and concubines, in the colonial processions of contrite and drunken throngs, and in the smoky chicher’as. . . . Of Martín Chambi it is enough to say that in those thirty-some years of photographing, there was no corner of the Cuzco universe he did not appropriate or immortalize.”—Mario Vargas Llosa, from Foreword

“As the world has awakened to the enormous riches of historical and contemporary Latin American art, renewed interest has been sparked in the extraordinary work of Peruvian photographer Chambi. . . . With informative, insightful introductions by Ranney and Mondejar, this is a volume not to be missed.”—Publishers Weekly

A campesino of Indian descent born in 1891, Martín Chambi (1891-1973) was a pioneer in twentieth-century photography.

Mario Vargas Llosa is an internationally acclaimed novelist, playwright, journalist, and essayist.
Loading...
or
Not Currently Available for Direct Purchase