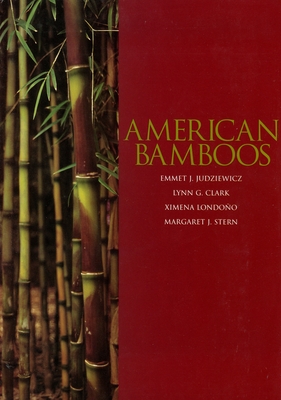 Drawing on two decades of fieldwork in the United States and fifteen Latin American countries, the authors bring together current knowledge of the structure, ecology, human uses, conservation value, evolution, and diversity of the forty-one genera of American woody and herbaceous bamboos. They also discuss three genera of basal grasses that resemble bamboos. They describe the importance of bamboos to South American landscapes and cultures, explaining how jungles of Guadua and thickets of Chusquea host communities of small animals and how human societies use bamboo for housing, furniture, basketry, food, soil conservation, and musical instruments. Exploring the possibilities of cultivated bamboo, the authors also note its value in some regions as a timber resource.

Generously illustrated with color photographs and detailed line drawings, the book provides genus-by-genus descriptions of bamboos, as well as habitat data, range maps, lists of recognized species, and complete references. It also includes the most recent molecular and systematic evidence for bamboo evolution and phylogeny. The first ever to focus on the bamboos of the Americas, this volume is an essential resource for botanists, taxonomists, horticulturists, and gardeners.

“This book reviews and brings together all that is known about the bamboos native to the New World, including their scientific descriptions, native habitats, and uses, as well as cultural practices for growing them as crops. It points out that bamboos originate and are useful outside of Asia. . . . The authors have done a fine job, and their book is the best I have read on the subject.”—Richard Haubrich, Professor Emeritus, University of California at San Diego

“Until now, it has been difficult to find information about American bamboos. Here's the book to bridge the gap, with numerous color photos and extensive details on the structure, evolution, ecology, and diversity of American bamboos. An identification key sorts species, giving very complete descriptions, habitat, range maps, and references. The authors discuss the conservation value, human uses, cultivation, and propagation of the bamboos.”—Whole Earth

Emmet J. Judziewicz is an assistant scientist in the Department of Botany at the University of Wisconsin at Madison. Lynn G. Clark is an associate professor of botany and the director of the Ada Hayden Herbarium at Iowa State University in Ames, Iowa. Ximena Londoño is a research associate at the Instituto Vallecaucano de Investigaciones Cientificas in Cali, Colombia. Margaret J. Stern is a research associate at the Institute of Economic Botany at the New York Botanical Garden.
Loading...
or
Not Currently Available for Direct Purchase